This years event was a roaring success on all fronts. Attendance, by all appearances, was doubled over the first years; on it’s own this is a true success!. All those at the event seemed to truely enjoy themselves as well with many MANY games being played over the course of the two days. Following the comments on various blogs, facebook and forums seems to indicate that a great time was indeed had by all.

There was a LOT of Axis and Allies being played, with at least 4 games of Global 1940 happening over the course of the weekend and 2 or more games of Anniversary edition. All the other variants, from Guadalcanal to Angels20 and Axis and Allies miniatures were well represented too! 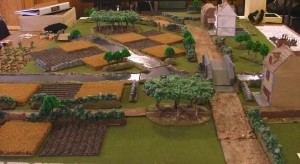 One of the big centerpeices this year was IWillNeverGrowUP’s Rules of Engagement miniatures table. It held the place of honour in the raised portion of the event hall and garnered a LOT of attention. James had the honour of teaching several people who had never played miniatures in their lives the in’s and out’s of the game and it seems some of them may have become fans of this style of play!

FMG provided a fairly large library of games for all to enjoy. A lot of games were donated by a variety of gaming companies including Rio Grande, Steve Jackson Games and more! 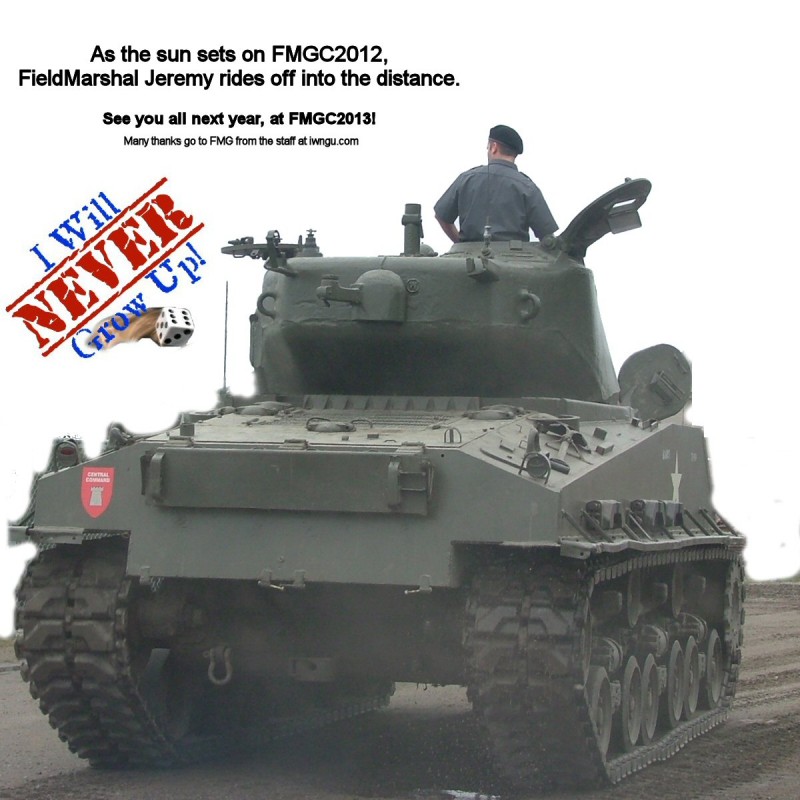