People have asked the guys at Wrath of Kings, “Just what does the future hold for Wrath of Kings”? Horrific monsters. Lots and lots of horrific monsters! They will be previewing more upcoming items from their new wave of releases as time goes on, including sculpts, cards, and stories but their first preview to showcase: GORBAL THE RAMPAGER!

Gorbal is one of the werewolf minis for House Goritsi. In fact, he’s not just any werewolf, but he’s one of the Skorza leaders. He plays really well with others, since he can regain wounds during a Combined Activation, although you might want to leave him with at least one point of damage on him, since he gains Unstoppable when hurt. He can also get back at attackers if you put him in charge of your force, potentially generating magic attacks back at enemies. 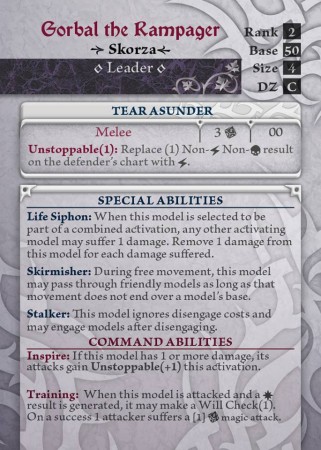 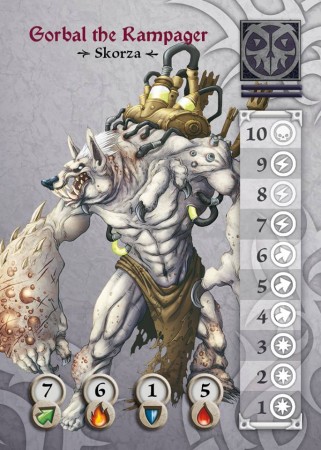