We’ve covered a couple of these already but they’re worth mentioning again, because .. well just because! This weeks roundup of hot Kickstarter projects to drool over begins .. now!

Clear for Takeoff was expertly created by an airline pilot teamed with game designers. The game is centered around life at John F. Kennedy airport in the 1960s. You manage one of six airlines and your goal is to ensure that all of your aircrafts are first to take off successfully. To do this you must collect cards to place and advance your aircraft towards the takeoff position. Weather permitting, your aircrafts can take off. The weather is always good at the beginning of the game, but this can change as the game progresses at the request of the players, as well as other outside factors. Additionally, you are able to delay other player’s aircrafts and they can delay yours. The player who takes off first, wins! ** Clear for Takeoff now has FREE WORLDWIDE SHIPPING which makes it a realistic option for anyone outside of the US and the EU (We’re not knocking this .. Gamers the EU deserve to finally get some relief!) 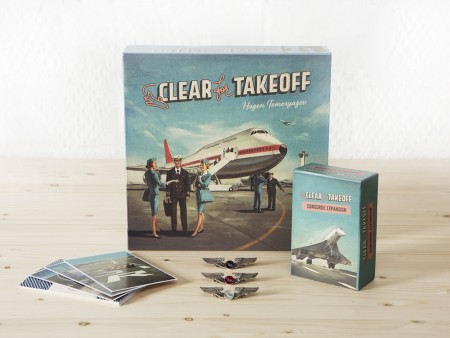 In Argo, each player controls a team of Astronauts. The goal of the game is to find the Escape Pods and save a maximum of your Astronauts. However the players also control the Aliens, and the seats in the Escape Pods are limited, so unpleasant things will happen. Players earn points by placing their Astronauts in Pods that leave the station and by killing other Astronauts with the Aliens. However, Aliens also get points each time a human dies, and if the players use them too aggressively against each other the Aliens might win the game against all human players! 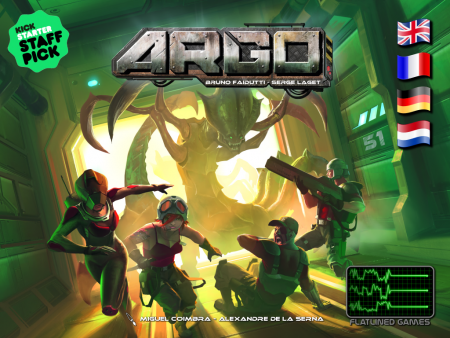 Bots Battleground is a fast-paced, real-time card game that was designed specifically to utilize the novel properties of Boogie Dice. In the game (3-6 players, ages 8 and up), players battle each other with bot cards, while the Boogie Dice dictate the duration and special rules of each round, and power tokens keep track of the score. 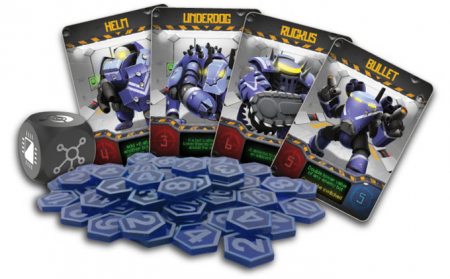 Steamcraft is a strategic deckbuilding card game for 2-4 players (ages 10 and up) and plays in about 30 – 60 minutes. It takes place in a Steampunk universe where each player takes on the role of a different corporation hiring the best employees, constructing building, and manufacturing steam-powered machines. Players battle and sabotage each other to amass economic wealth and influence to win the game. 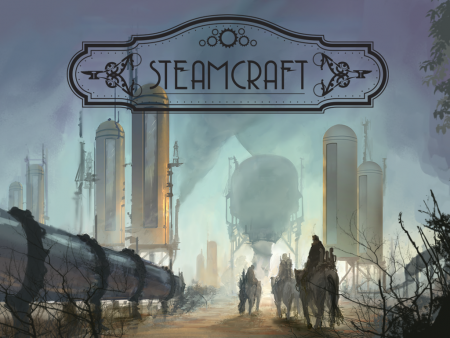 The 7th Continent is a cooperative exploration and survival board game with mechanics inspired by the adventure books where “you are the hero”. On your own or in a team of up to 4 players, set off on an epic adventure and attempt to lift the curses that were placed upon you during your first expedition to the continent. Progress at your own pace through this mysterious land, building the board piece by piece with numbered Terrain and Event cards. 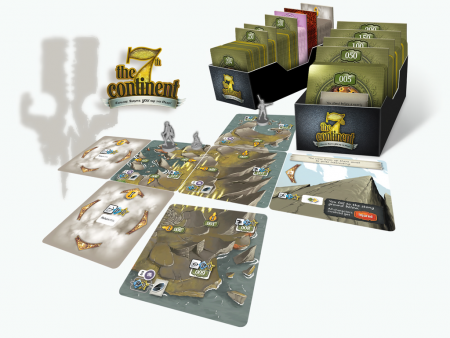 Masks is a tabletop roleplaying game in which you play young superheroes who are growing up in a city several generations into its superheroic age. Halcyon City has had more than its fair share of superheroes, superteams, supervillains, and everything in between. Over the course of three different generations of super-people, Halcyon City has seen it all. 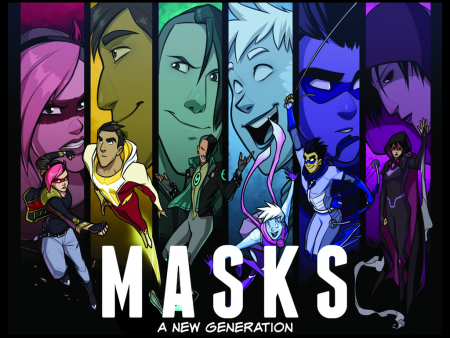 Src:Card is a standalone 2 player (2-4 with expansion) card game that challenges players to build their own super robot core while attacking their opponent by writing code.  Make your robot core as formidable as possible while creating code to attack and anticipate changes to your opponent’s network.  Src:Card is made for anyone interested in programming who has a love of gaming.  Birthed from a love of German style boardgames, computer strategy games and too much time programming, Src:Card incorporates real coding concepts that are challenging for experts and easy to learn for beginners.  If you can read and understand basic game rules you already have all you need to play Src:Card! 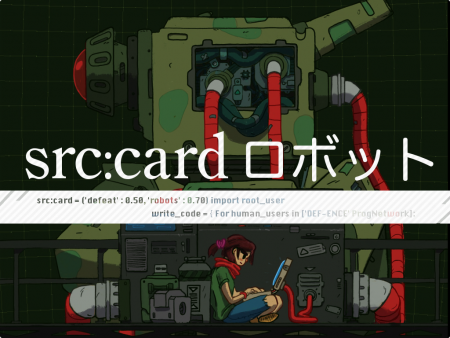