Inspired by fast paced tabletop games like Munchkin and chock-full of jokes, references, and stereotypes that anyone who has ever played a massively multiplayer online game can appreciate, Ready Check is a card based game where players take over the role of leading their guild to become the biggest, baddest, and most popular guild in their realm and it’s back on Kickstarter now for their 2nd kick at the can.

We wrote a review of the game on Tuesday .. check it out here!

The concept of the game is fantastic. The gameplay is fairly straightforward too. You don’t need to be an MMO aficionado to understand the game either which is a bonus.

The re-launch is streamlined (no overly confusing reward tiers) and has included shipping to US backers (+$15 for Rest of the World).

Check it out. It’s a quick fun-play game! 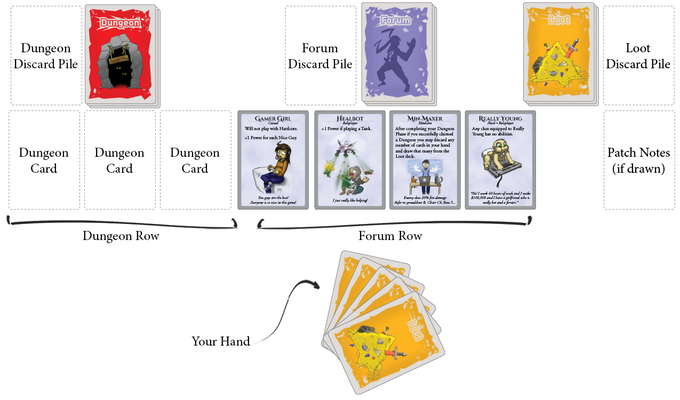