The dungeon stands open. A rain-slicked tunnel leads down into an impenetrable darkness. And this co-operative card game of deadly dungeon crawls is scheduled to arrive at retailers throughout the United States later this week.

Early previews have explored the game’s turn sequence, dice mechanics, gear and character advancement, and its campaigns. Now, the map we’ve followed is nearly complete, and we offer some torch light by which you can review your progress. The rules for Warhammer Quest: The Adventure Card Game are now online!

The game has been divided into two separate documents;

Between them, these rulebooks give you everything you might want – except a safe path out of the dungeon! 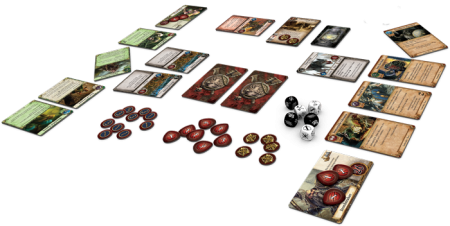