It’s a Tough Job, but someone’s got to do it! – PT 1 by James Campbell

We’ve all been there. You can admit it. You’re a gamer. You love games! You’ve had a great idea for a game design at some point. Maybe you even wrote down some rules and threw some pieces together to play this awesome creation of yours. But it never went anywhere. It so often doesn’t.

Creating games is easy. Creating great games is tough! Real tough! It takes a lot more than having a great idea. You have to actually execute that idea; write it down, mock it up, test it out, test it out, rewrite half of the rules, test it out again, rewrite things that still don’t make sense, throw out a few of those things you thought would be awesome but really are just cumbersome .. test it again .. and again .. and again … 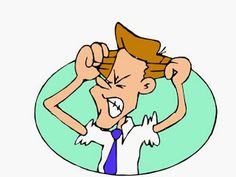 It’s tedious work to be honest. It takes commitment and time that so many people don’t have these days. Good games can take months, or even years of work before they’re even remotely ready for public consumption. And then you have to actually get it out there into the public which means even MORE work. All for what? A tiny little bit of extra spending money, when all is said and done, assuming everything went well. Let’s face it; Making board games is a labour of love. For the vast majority of those who stick with it, that is all it will ever be. Very, very few will make it a living. Even fewer still will make it into a living worthy of being called a big business.

Take the time, do the work, make that game! Even if it never sees the light of day, you and your friends or family can have a good time playing your creation, even if it’s only for a little bit. And if it turns out to be a failure, so what? As long as you enjoyed making it, had a few laughs with the people you’ve surrounded yourself with and didn’t lose your house doing so, I would call that a WIN!

For those of you who think, “It would be a lot of fun to create a board game”, but never get around to it because your idea gets lost in the jumble and technicalities and the time sink – this is for you!

So, where do you begin?

There are four things that can be done from the start: determine your audience, ask what goals you want to accomplish, what’s your theme and how will the mechanics work.

Each of these things are important to determine before you start cutting the cardboard, but are easily interchangeable if you already have some things in mind for your concept. The first two questions can really help when deciding on a theme if you’re unsure. Theme and Mechanics are the most important and require the most work, because let’s face it .. the game is built on mechanics!

I’ll go into more detail on these and more in my next blog post .. Stay tuned!

James J Campbell is the Lead Game Designer at I Will Never Grow Up Gaming and is the creator of several projects such as
TechMage Sci-Fantasy RPG, Into the Black and Conflict & Chaos: Vietnam 1965.