Earning and Expending your Reputation!

A space pirates reputation is ever so important. It must be earned, and it can be used to influence the outcome of any number of situations the pirate may find himself in.

In Into the Black, each player character has reputation that they may earn and spend.

Through continued play testing, it has been found that the current reputation system is overpowered. Having a maximum of 6 reputation points (4 to begin the game) and the ability to earn 1 for each successful combat situation and expend 1 or 2 for any variety of outcomes without limits (beyond the amount of reputation available) is too much and the pool of reputation available has been near endless.

We’re going to test out a new reputation system that will go something like this; 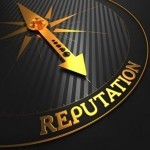 We’ll see how this works! As always, any comments and suggestions are welcome!

James J Campbell is the Lead Game Designer at I Will Never Grow Up Gaming and the creator of
several projects such as TechMage Sci-Fantasy RPG, Into the Black: A Game of Space Piracy and Conflict & Chaos: Vietnam 1965.