Kickstart your week with these projects currently seeking funding on Kickstarter!

Dice Throne is a fast-paced 2 – 4 player combat game (1v1, 2v2, or free-for-all). Select from a variety of heroes that play & feel completely distinct from one another. Attack opponents and activate abilities by rolling your hero’s unique set of 5 dice. Accumulate Combat Points and spend them on cards that have a large range of effects, such as granting permanent hero upgrades, applying status effects, and manipulating dice directly (yours, your teammate’s, or even your opponent’s).

Mined Out is a pocket-sized game of far deeper proportions that throws you deep into a dark and treacherous mine in search of precious gems.  With colourful illustrations, arcade-inspired mechanics and fast-paced gameplay, it’s a game that can entertain families and satisfy players of any level.  Mined Out is small enough to take anywhere, and deep enough to engage even the most strategy-obsessed players. 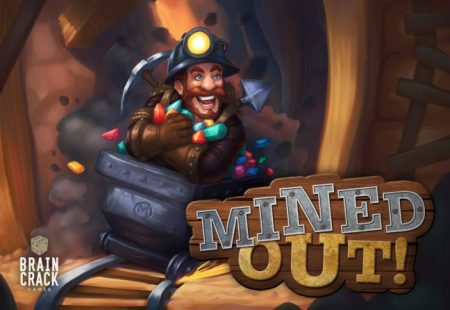 British vs Pirates is a miniature-based ship combat game set during the Golden Age of Piracy! Strategically sail your ship into favorable winds to unleash your hellish broadsides and bloody cutlasses, sending your enemies to the crushing depths. Beware of your ship’s strengths and weaknesses. Sail her correctly and you will be rewarded with victory. The wind and sea are calling. Which side will you choose? 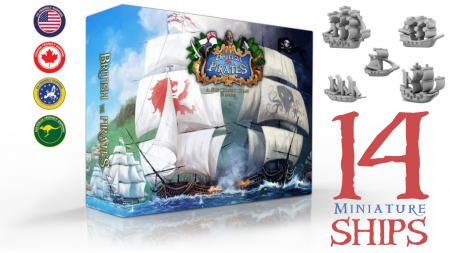 Imagine what it would be like to play a fantasy RPG adventure where your mini figurine directly controlled the actions of your character… Today, Ynnis, an independent French publisher of board and video games, announced its next steps for Dungeon Mini, the first real-time action board game for tablets. Dungeon Mini offers a new way to play tabletop-inspired dungeon adventures using a physical mini figurine to control character movement and actions. The project is a tribute to classic role-playing games that uses custom technology to allow figurines to interact with rich dungeon environments shown on a touchscreen from a top-down view. Players can help bring the game to life and reserve their own paintable figurine controller and game software by pledging support on Kickstarter starting today. 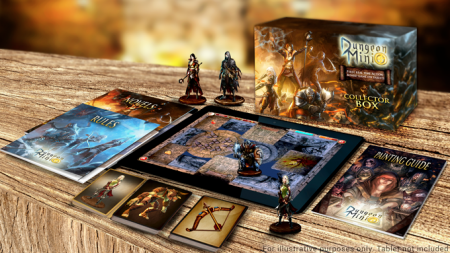 Untitled is an elegant tabletop game of role playing, adventure, and creation. Build and explore a world! Suitable for all ages. Why is it called Untitled?  Instead of leveling up, you gain titles! Want to be Sarah, Slayer of Sandworms? Ben, Breaker of Bonds? Look no further! 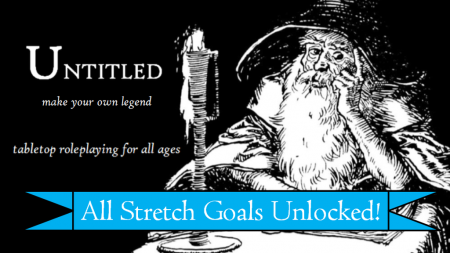 Hood: Swashbuckling Adventures in Sherwood “is a superb addition to the Fearlight Catalog,” Says Kirby Young of Fearlight Games “Our designer, Bryce Whitacre, has brought modern game design to an old legend with theatrical style and flair. It’s the perfect pairing with our already popular game Baker Street Line. Now the stories of Robin Hood will unfold on your gaming table using a new swashbuckling system that gives all the characters a larger than life persona and storytelling tools that weave a fantastic adventure.” Hood: Swashbuckling Adventures in Sherwood is available on kickstarter now and will be available in game stores later this year. 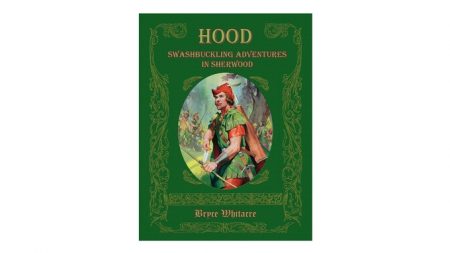