The Spirit of Rebellion permeates every part of the galaxy. From bounty hunters lurking in shady cantinas to rebel soldiers battling on the front lines of galactic conflicts. From Jedi Knights battling against tyranny to Sith Lords forging their own path.

Now, Star Wars™: Destiny players can join the fight themselves; Spirit of Rebellion is now available from Fantasy Flight Games!

As a new expansion for Star Wars: Destiny, Spirit of Rebellion introduces 160 new cards into the collectible dice game for every color, including characters from Rogue One! 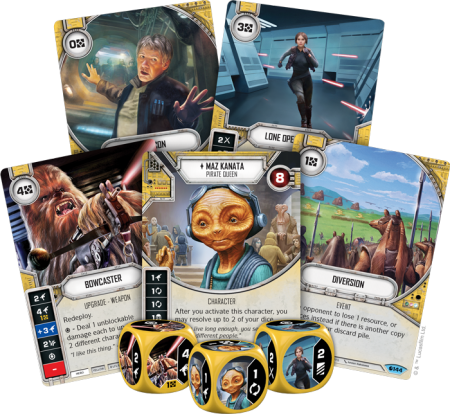