There are seven all-new digitally-sculpted ships along with two fighter types. Most of the models retain a similar outline to their predecessors, but are much changed in detail. The two largest vessels, the Milano and Umberto, have resin hulls while the rest are metal castings.

The remainder of the ships will be replaced with new versions in one or two further waves later this year, when we also hope to add one or two new classes as well. The other two fleet packs (401 and 403) will return when we have the ships to fill them again.

As if that wasn’t enough, the Kerberos has also been made available again. This model is a one-piece resin spacestation. In its basic form it is unarmed, but there are plenty of places to position turrets from one of our accessory packs (such as the new EuroFed triple turrets) should you wish to give it a defence capability. 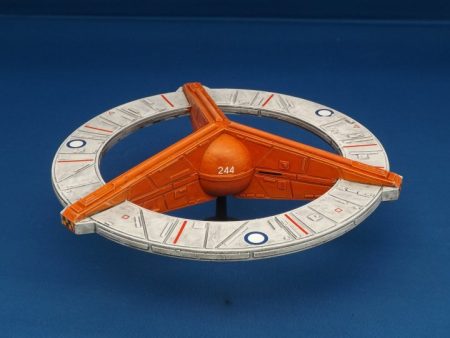