While the Galactic Civil War rages, they take no part. They serve neither the Empire nor the Rebellion. They serve only themselves, flying to battle only when it suits their interests. Only when the credits are sufficient.

But if you’re willing to pay, these Scum will take on any job. They’ll be ruthless. They won’t ask questions. And they’re ready whenever you need them.

The Guns for Hire Expansion Pack for X-Wing is now available from Fantasy Flight Games! 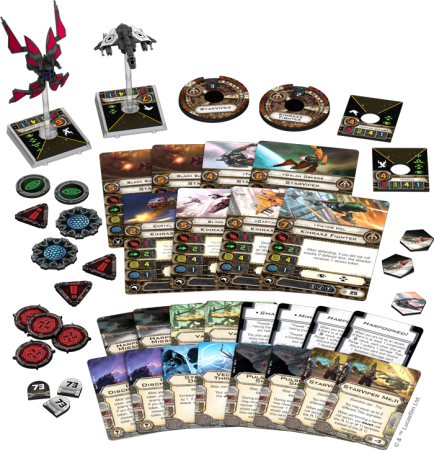