Plaid Hat Games have a surprise in store for Crystal Clans fans! The Gem and Moon Clan are available now from their web store and available from retail stores shortly!

Units with the signature Crystal Force ability gain +1 attack for each crystal in any score area (including your opponent’s score area!) This ability can get some major attack bonuses for your army of nomadic artisans as they rack up crystals throughout the game. We’ll be exploring this ability and how it synergizes with other Gem Clan cards shortly in our previews, but rest assured it’s a very powerful tool to have on your side!

All hands on deck! The ghostly crew of the Risen Anabelle charge into battle! The Plunder ability is sure to give this clan the edge as their opponents struggle to keep enough units in their hands. Additionally, this clan will make great use of the Pirate and Reanimated keywords to give even more abilites to its units. 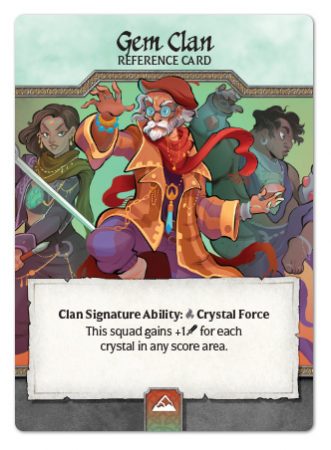 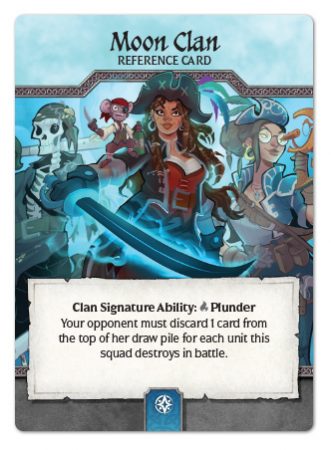