The British Mark V tank was an upgraded version of the Mark IV tank.

The tank was improved in several aspects over the Mark IV, chiefly the new steering system, transmission and 150 bhp engine, but it fell short in other areas, particularly its insufficient ventilation leading to carbon monoxide poisoning for the crew. Various versions were fitted with a variety of armament including 6-pounder guns and machine guns.

In general the Mark V was successful, especially given its limited service history, and somewhat primitive design dating back to 1915. 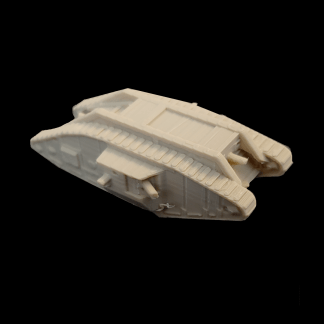