Surcouf was the largest French cruiser submarine. She served in both the French Navy and the Free French Naval Forces during the Second World War. She was lost during the night of 18/19 February 1942 in the Caribbean Sea, possibly after colliding with an American freighter. Surcouf was named after the French privateer Robert Surcouf. She was the largest submarine built until surpassed by the first Japanese I-400-class submarine in 1944. 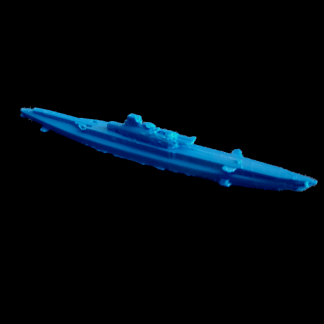