The A7V was a heavy tank introduced by the German Empire in 1918 during World War I. One hundred chassis were ordered in early 1917, ten to be finished as fighting vehicles with armoured bodies, and the remainder as Überlandwagen cargo carriers. The number to be armoured was later increased to 20. They were used in action from March to October 1918, and were the only tanks produced by Germany in World War I to be used in combat. 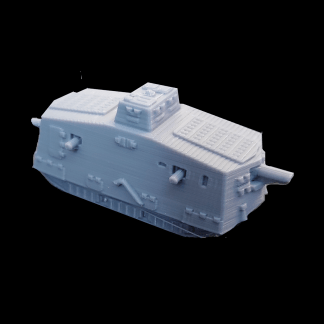