The German torpedo boat T22 was one of fifteen Type 39 torpedo boats (destroyers) built for the Kriegsmarine (German Navy) during World War II. Completed in early 1942, the ship was transferred to France later that year where she escorted blockade runners and Axis submarines through the Bay of Biscay. T22 also laid minefields in the English Channel in mid-1943. She participated in the Battle of Sept-Îles, where she crippled a British destroyer, and the Battle of the Bay of Biscay later that year. 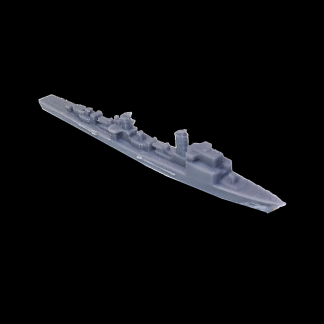