The L6/40 was a light tank used by the Italian army from 1940 through World War II. It was designed by Ansaldo as an export product, and was adopted by the Italian Army when officials learned of the design and expressed interest. It was the main tank employed by the Italian forces fighting on the Eastern Front alongside the L6/40-based Semovente 47/32 self-propelled gun. L6/40s were also used in the North African campaign,  and in the defense of Sicily and Italy.

The L6/40 was the main tank employed by the Italian forces fighting on the Eastern Front. The L6 fought alongside the L6/40-based Semovente 47/32 self-propelled gun.

Although a good light tank for its size and an improvement over the tankettes that were common within the Italian army, it was already obsolete by the time of its introduction. The low silhouette of the vehicle (somewhat taller than the average man) made it useful for reconnaissance, and its armament was effective against any light vehicles it might encounter. However, due to a lack of a suitable medium tank, it was often employed in a combat role for which it was unsuited.

The L6 was also used by the German Army. In 1943, 26 Italian L6s were captured and used by the Hrvatsko domobranstvo of the Independent State of Croatia. The L6/40 was used postwar by the Italian militia until it was phased out during the early 1950s. 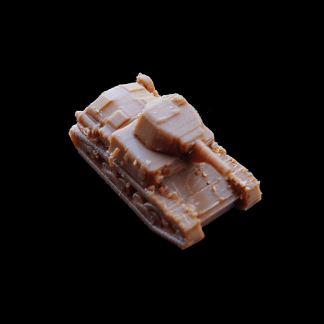