The Conte di Cavour–class battleships were a group of three dreadnoughts built for the Royal Italian Navy (Regia Marina) in the 1910s. The ships were completed during World War I, but none saw action before the end of hostilities. Leonardo da Vinci was sunk by a magazine explosion in 1916 and sold for scrap in 1923. The two surviving ships, Conte di Cavour and Giulio Cesare, supported operations during the Corfu Incident in 1923. They were extensively reconstructed between 1933 and 1937 with more powerful guns, additional armor and considerably more speed than before.

Both ships participated in the Battle of Calabria in July 1940, when Giulio Cesare was lightly damaged. They were both present when British torpedo bombers attacked the fleet at Taranto in November 1940, and Conte di Cavour was torpedoed. She was grounded with most of her hull underwater and her repairs were not completed before the Italian surrender in September 1943. Conte di Cavour was scrapped in 1946. Giulio Cesare escorted several convoys, and participated in the Battle of Cape Spartivento in late 1940 and the First Battle of Sirte in late 1941. She was designated as a training ship in early 1942, and escaped to Malta after Italy surrendered. The ship was transferred to the Soviet Union in 1949 and renamed Novorossiysk. The Soviets also used her for training until she was sunk when a mine exploded in 1955. She was scrapped in 1957. 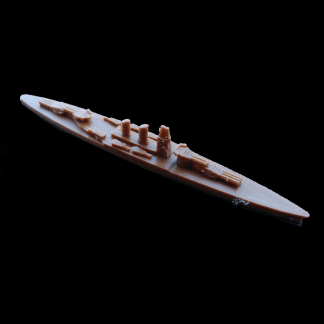