Italian artillery Colonel Sergio Berlese suggested that Italy create an armored fighting vehicle similar to the German StuG III, which had been successful in the French campaign. The first prototype was quickly assembled and delivered, on February 10, 1941, only 13 months after the first M13/40 tank upon which it was based. After that, 60 more, enough for the three armoured divisions, were delivered in 1941, and were then shipped to North Africa in January 1942. The Semovente da 75/18s were deployed in the North African campaign and during the Allied invasion of Sicily, alongside M tank units to provide additional firepower..

Although these machines were not widely known, the vehicle performed well in its role. Though it was technically similar to the StuG III, it had a totally different role, serving as divisional artillery instead of a pure assault gun.

Despite its limitations, the Semovente da 75/18 proved successful both in the direct support role and in anti-tank fighting; its main advantages, other than their sheer firepower, was in its thicker armor (relative to the medium tanks) and lower silhouette that made it more difficult to hit. Due to these features, the Semovente da 75/18 has been regarded as the only Italian armored fighting vehicle to be seriously feared by Allied tank crews, and despite the fact that it was originally conceived for a totally different role, the 75/18 often ended up replacing the standard M13/40. However, it was never employed en masse, and the low number of Semoventi on the field (no more than 30 at the time of the Second Battle of El Alamein) was not enough to turn the tide in Italy’s favor. 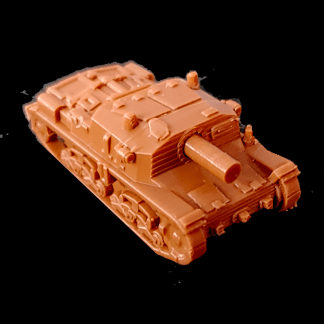