The Shōkaku class (翔鶴型, Shōkaku-gata) consisted of two aircraft carriers built for the Imperial Japanese Navy (IJN) in the late 1930s. Completed shortly before the start of the Pacific War in 1941, the Shōkaku and Zuikaku were called “arguably the best aircraft carriers in the world” when built. With the exception of the Battle of Midway, they participated in every major naval action of the Pacific War, including the attack on Pearl Harbor, the Indian Ocean Raid, the Battle of the Coral Sea, and the Guadalcanal Campaign.

Their inexperienced air groups were relegated to airfield attacks during the attack on Pearl Harbor, but they later sank two of the four fleet carriers lost by the United States Navy during the war in addition to one elderly British light carrier. The sister ships returned to Japan after the Battle of the Coral Sea, one to repair damage and the other to replace aircraft lost during the battle, so neither ship participated in the Battle of Midway in June 1942. After the catastrophic losses of four carriers during that battle, they formed the bulk of the IJN’s carrier force for the rest of the war. As such they were the primary counterattack force deployed against the American invasion of Guadalcanal in the Battle of the Eastern Solomons in August. Two months later, they attempted to support a major offensive by the Imperial Japanese Army to push the United States Marines off Guadalcanal. This resulted in the Battle of the Santa Cruz Islands where they crippled one American carrier and damaged another in exchange for damage to Shōkaku and a light carrier. Neither attempt succeeded and the Japanese withdrew their remaining forces from Guadalcanal in early 1943 using the air group from Zuikaku to provide cover. 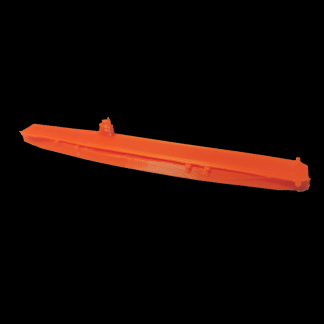