Maha Yodha is a two-player strategy card game set in the ancient and mystical world of Indian mythology. By unlocking ancient Indian stories and unleashing the warriors of yore, Leprechaun Games has created a strategic card game with an unique theme that is both brand new and several millennia old.

Maha Yodha consists of two decks, each of which represents a faction; each faction consists of a unique army of warriors, weapons and scrolls. You will go head-to-head with your opponent, spending valor to dispatch warriors to the front-line to not only deal damage but also defend your life. As in the ancient myths, each warrior has a chosen weapon, which when paired together award bonus powers. Divine scrolls, inspired by interesting characters and stories from the Hindu myths, award you with powerful bonus skills, extra valor, and deadly force to help you take down your opponent. 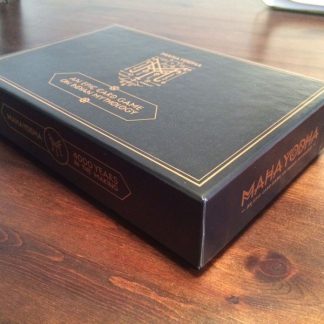