The SU-76 (Samokhodnaya Ustanovka 76) was a Soviet self-propelled gun used during and after World War II. The SU-76 was based on a lengthened and widened version of the T-70 light tank chassis. Its simple construction made it the second most produced Soviet armoured vehicle of World War II, after the T-34 tank.

Crews liked the vehicle for its simplicity, reliability, and ease of use. It was also nicknamed Golozhopiy Ferdinand (Russian: Голожопый Фердинанд; “bare-arsed Ferdinand”) due to its very light armor and somewhat similar silhouette, when compared to the Germans’ heavy Ferdinand/Elefant casemate tank destroyer of some 65 tonnes in weight. 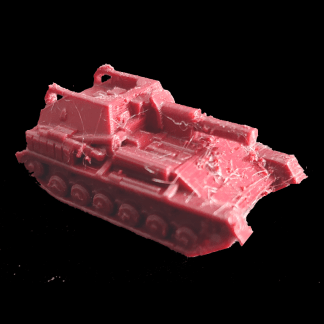