The T-70 was a light tank used by the Red Army during World War II, replacing both the T-60 scout tank for reconnaissance and the T-50 light infantry tank for infantry support.

By 1942, light tanks were considered inadequate by the Red Army, unable to keep up with the T-34 medium tank and unable to penetrate the armour of most German tanks, but they could be produced by small factories that were unable to handle the large components of medium and heavy tanks. The T-70 was an attempt to remedy some of the shortcomings of the T-60 scout tank, which had very poor cross-country mobility, thin armour, and an inadequate 20-mm gun. 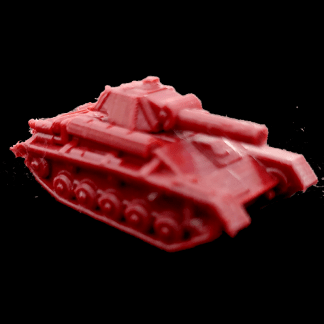