The Self Propelled Gun, Valentine, Mk I, Archer was a British self propelled anti-tank gun of the Second World War based on the Valentine infantry tank chassis fitted with an Ordnance QF 17 pounder gun. Designed and manufactured by Vickers-Armstrongs, 655 were produced between March 1943 and May 1945. It was used in North-West Europe and Italy during the war; post-war, it served with the Egyptian Army. This vehicle was unusual in that its gun faced the rear of the chassis instead of the front.

Under military doctrines prevalent in Commonwealth armies at the time, vehicles such as the Archer were called “self-propelled anti-tank guns” (rather than tank destroyers). Consequently, in the British Army, the Archer was operated by the Royal Artillery (RA), rather than Royal Armoured Corps (RAC). (This doctrine was also applied to two vehicles, with origins in the US, that were initially conceived as “tank destroyers”: the 3 in. Self-Propelled Mount M10 and 17 pdr Self-Propelled Achilles.)

Post-war, the Egyptian Army received 200 ex-British Archers after the 1948 Arab-Israeli War. Some were successfully used against Israeli armour in 1956. The Archer served with some units of the Royal Armoured Corps in the British Army of the Rhine (BAOR) in the early 1950s.

Jordanian Arab Legion and National Guard were supplied with 36 ex-British Archers in 1952. 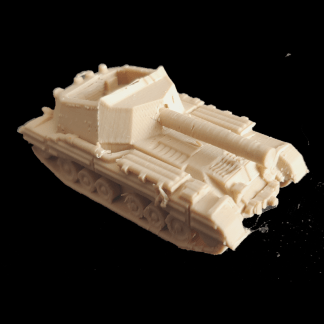