The A.15 Tank, Cruiser, Mk VI or Crusader was one of the primary British cruiser tanks during the early part of the Second World War. Over 5,000 tanks were manufactured and they made important contributions to the British victories during the North African Campaign. The Crusader tank would not see active service beyond Africa, but the chassis of the tank was modified to create anti-aircraft, fire support, observation, communication, bulldozer and recovery vehicle variants.

The first variation ‘Crusader I’ tank entered service in 1941, and, though maneuverable, it was relatively lightly armoured and under-armed. Improved armour thickness to 49mm marked out the “Crusader II’ variant. The main armament for the Crusader Mark I and II’s was an Ordnance QF 2 pounder (40mm) main gun, but the ‘Crusader III’ was fitted with an Ordnance QF 6 pounder (57mm) main gun. This variant was more than a match for the mid-generation German Panzer III and Panzer IV tanks that it faced in combat. As part of the 1st Armoured Brigade, the Crusader was to prove vital during the Battle of El Alamein, at Tobruk and in Tunisia. 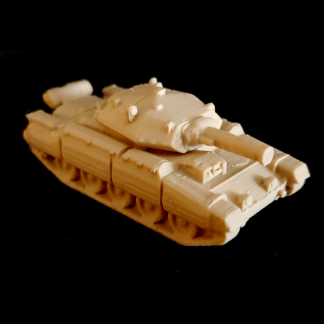