The Dido class was a class of sixteen light cruisers built for the British Royal Navy. The design was influenced by the inter-war Arethusa-class light cruisers. The first group of three ships were commissioned in 1940, the second group (six ships) and third group (two ships) were commissioned between 1941–1942. A fourth group, also described as the Improved Dido, or the Bellona class (five ships), were commissioned between 1943 and 1944. Most members of the class were given names drawn from classical history and legend. The groups differed in armament, and, for the Bellona‘s, in function. The Dido class were designed as small trade protection cruisers, and were designed with five turrets, each with twin 5.25 guns in high angle mountings, far more modern in design than previous light cruiser turrets, and offering efficient loading up to 90 degrees to give some dual-purpose capability. While some damage was experienced initially in extreme North Atlantic conditions, modified handling avoided the problem.

In World War II, the Dido class saw much action, including the Battle of Cape Matapan, the Second Battle of Sirte, Operation Torch, Operation Overlord and the Battle of Okinawa, as well as many other duties in the Mediterranean and Pacific. Five ships were lost during the war: Bonaventure, Charybdis, Hermione, Naiad, and Spartan). Scylla was badly damaged by a naval mine and declared a constructive total loss. The post-war survivors continued in service; all were decommissioned by the 1960s. Bellona, Black Prince and Royalist were lent to the Royal New Zealand Navy post-World War II. In 1956, Diadem was sold to Pakistan and renamed Babur. 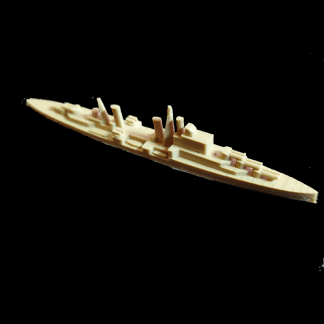