The Humber Light Reconnaissance Car, also known as Humberette or Ironside, was a British armoured car produced during the Second World War. From 1940 to 1943 over 3600 units were built.

The vehicle was used by Infantry Reconnaissance Regiments and the RAF Regiment in Tunisia, Italy and Western Europe. After the war, some vehicles remained in service with the British units in India and in the Far East. The LRC was used widely by the Reconnaissance Corps and was also used by the Reconnaissance squadron of the 1st Czechoslovak Independent Armoured Brigade Group. 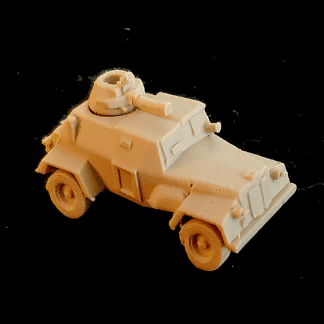