The Nelson class was a class of two battleships (Nelson and Rodney) of the British Royal Navy, built shortly after, and under the terms of, the Washington Naval Treaty of 1922. They were the only British battleships built between the Revenge class (ordered in 1913) and the King George V class, ordered in 1936. To comply with the limitations of the Washington Treaty, these ships were of an unusual design with many novel features. They are often referred to as the first treaty battleships. The Nelsons were unique in British battleship construction, being the only ships to carry a main armament of nine 16-inch (406 mm) guns. The most unusual feature however, and one that is immediately noticeable, is that these were all carried forward of the bridge.

Commissioned in 1927–29, the Nelsons served extensively in the Atlantic, Mediterranean, and Indian oceans during World War II. Rodney was made famous by her role in the sinking of the German battleship Bismarck in May 1941. At the climax of the battle Rodney, in conjunction with King George V, closed on Bismarck to bombard her at short range. Rodney‘s main guns were credited with an estimated 100 to 130 hits, contributing greatly to Bismarck‘s final destruction.

Nelson and Rodney participated in the bombardment of targets in northern France during and after D-Day. In particular, during the Caen campaign Nelson was credited with destroying a group of five Tiger tanks which ventured into a red zone [within 40 km (25 mi) of the coast] deemed by the German command to be in range of Allied battleships.

Both ships of the class survived the war, but were scrapped in 1948–1949 along with all other British battleships except the four remaining King George V-class battleships and Vanguard. 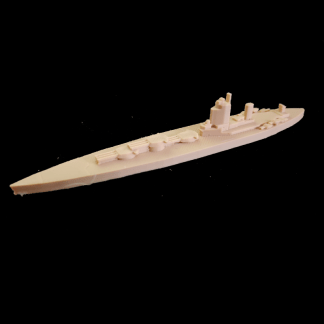