The Queen Elizabeth-class battleships were a group of five super-dreadnoughts built for the Royal Navy during the 1910s. The lead ship was named after Elizabeth I of England. These battleships were superior in firepower, protection and speed to their Royal Navy predecessors of the Iron Duke class as well as preceding German classes such as the König class. The corresponding Bayern-class ships were generally considered competitive, although the Queen Elizabeth class were 2 knots (3.7 km/h) faster and outnumbered the German class 5:2. The Queen Elizabeths are generally considered the first fast battleships in their day.  The Queen Elizabeths were the first battleships to be armed with 15-inch (381 mm) guns, and were described in the 1919 edition of Jane’s Fighting Ships as “the most successful type of capital ship yet designed.” They saw much service in both world wars. Barham was lost to U-boat attack in 1941, but the others survived the wars and were scrapped in the late 1940s. 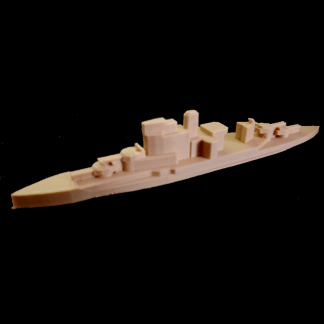