The River class was a class of 151 frigates launched between 1941 and 1944 for use as anti-submarine convoy escorts in the North Atlantic. The majority served with the Royal Navy (RN) and Royal Canadian Navy (RCN), with some serving in the other Allied navies: the Royal Australian Navy (RAN), the Free French Navy (FFN), the Royal Netherlands Navy and, post-war, the South African Navy (SAN).

The first orders were placed by the Royal Navy in 1940, and the vessels were named for rivers in the United Kingdom, giving name to the class. In Canada, they were named for towns and cities, though they kept the same designation. Originally called a “twin-screw corvette”, the name “frigate” was suggested by Vice-Admiral Percy Nelles of the Royal Canadian Navy. Canada originally ordered the construction of 33 frigates in October 1941. The design was too big for the locks on the Lachine Canal so it was not built by the shipyards on the Great Lakes and therefore all the frigates built in Canada were built in dockyards along the West Coast or along the St. Lawrence River below Montreal. In all, Canada ordered the construction of 70 frigates, including ten for the Royal Navy, which transferred two to the United States Navy. Twelve were built in Australia for the RAN (four to a modified design).

After World War II, they found employment in many other navies the world over 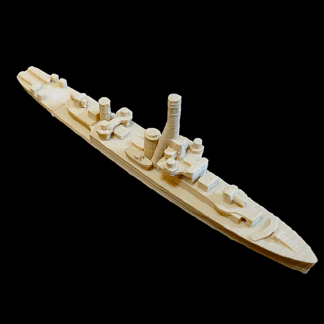