The Light Tank Mk VII (A17), also known as the Tetrarch, was a British light tank produced by Vickers-Armstrongs in the late 1930s and deployed during the Second World War. The Tetrarch was originally designed as the latest in the line of light tanks built by the company for the British Army. It improved upon its predecessor, the Mk VIC Light Tank, by introducing the extra firepower of a 2-pounder gun. The War Office ordered 70 tanks, an order that eventually increased to 220. Production was delayed by several factors and, as a consequence, only 100 to 177 of the tanks were produced 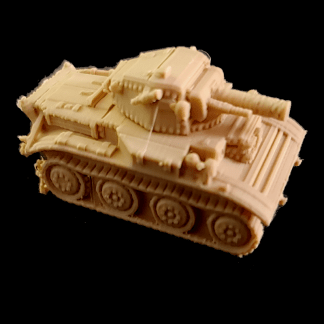