HMS Exeter was the second and last York-class heavy cruiser built for the Royal Navy during the late 1920s. Aside from a temporary deployment with the Mediterranean Fleet during the Abyssinia Crisis of 1935–36, she spent the bulk of the 1930s assigned to the Atlantic Fleet or the North America and West Indies Station. When World War II began in September 1939, the cruiser was assigned to patrol South American waters against German commerce raiders. Exeter was one of three British cruisers that fought the German pocket battleship, the Admiral Graf Spee, later that year in the Battle of the River Plate. She was severely damaged during the battle, and she was in the shipyard for over a year.

After her repairs were completed, the ship spent most of 1941 on convoy escort duties before she was transferred to the Far East after the start of the Pacific War in December. Exeter was generally assigned to escorting convoys to and from Singapore during the Malayan Campaign, and she continued on those duties in early February 1942 as the Japanese prepared to invade the Dutch East Indies. Later that month, she was assigned to the Striking Force of the joint American-British-Dutch-Australian Command (ABDACOM), and she took on a more active role in the defence of the Dutch East Indies. The culmination of this was her engagement in the Battle of the Java Sea later in the month as the Allies attempted to intercept several Imperial Japanese Navy invasion convoys. Exeter was crippled early in the battle, and she did not play much of a role as she withdrew. Two days later, she attempted to escape approaching Japanese forces, but she was intercepted and sunk by Japanese ships at the beginning of March in the Second Battle of the Java Sea. 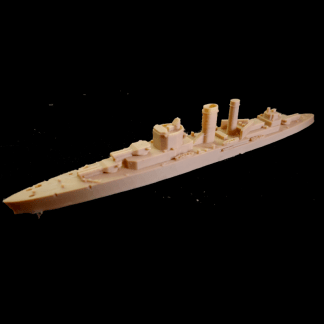