The Bogue class were a class of escort carriers built in the United States for service with the U.S. Navy and (under lend-lease) the Royal Navy during World War II. Following the war, ten Bogue-class ships were kept in service by the U.S. Navy and were used for helicopter and aircraft transport operations.

These vessels were equipped with a variety of weapons, including one or two main guns of 4″/50 caliber, 5″/38 caliber or 5″/51 caliber, plus 40 mm Bofors and 20 mm Oerlikons. The type of main gun and number of smaller guns changed over the course of the war. They could carry as many as 28 aircraft operationally, or more if operating as an aircraft transport with additional aircraft secured to the flight deck. 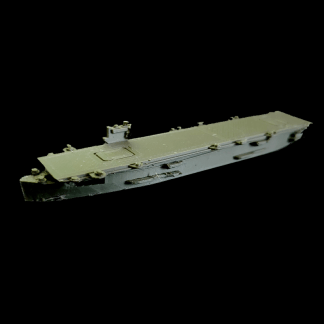 You're viewing: US Bogue Class Escort Carrier $0.50
Add to cart