The landing craft, vehicle, personnel (LCVP) or Higgins boat was a landing craft used extensively in amphibious landings in World War II. Typically constructed from plywood, this shallow-draft, barge-like boat could ferry a roughly platoon-sized complement of 36 men to shore at 9 knots (17 km/h). Men generally entered the boat by climbing down a cargo net hung from the side of their troop transport; they exited by charging down the boat’s lowered bow ramp.

The craft was designed by Andrew Higgins based on boats made for operating in swamps and marshes. More than 23,358 were built, by Higgins Industries and licensees

The Supreme Allied commander, General Dwight D. Eisenhower, declared the Higgins boat to have been crucial to the Allied victory on the European Western Front and the previous fighting in North Africa and Italy. 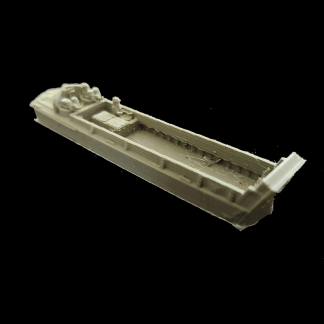 You're viewing: US Higgins Boat Landing Craft $0.50
Add to cart