US M9A1 Half Track

The M9 served for a significant amount of time. Three thousand five-hundred were produced by the end of World War II. It was used during World War II, the Arab-Israeli War of 1948, the Korean War, the Suez Crisis, the Vietnam War, the Six-Day War, and the Yom Kippur War. It had been used by eleven different countries by the end of its service. 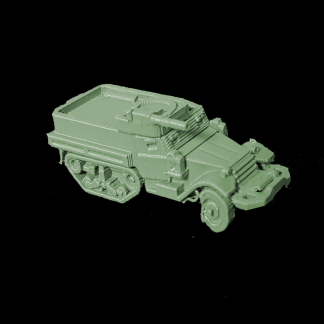