The Northampton-class cruisers were a group of six heavy cruisers built for the United States Navy, and commissioned between 1928 and 1931.

The Northampton class saw much action in World War II. Three (Northampton, Chicago, and Houston) were lost during the war. The other three were decommissioned soon after the end of the war, and scrapped in 1959–1961. 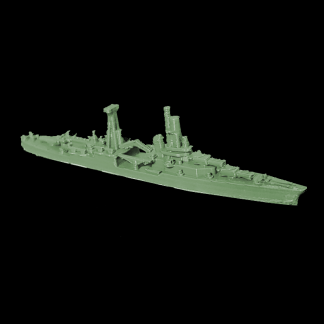 You're viewing: US Northhampton Class Cruiser $0.50
Add to cart