There are seven all-new digitally-sculpted ships along with two fighter types. Most of the models retain a similar outline to their predecessors, but are much changed in detail. The two largest vessels, the Milano and Umberto, have resin hulls while the rest are metal castings.

The remainder of the ships will be replaced with new versions in one or two further waves later this year, when we also hope to add one or two new classes as well. The other two fleet packs (401 and 403) will return when we have the ships to fill them again.

As if that wasn’t enough, the Kerberos has also been made available again. This model is a one-piece resin spacestation. In its basic form it is unarmed, but there are plenty of places to position turrets from one of our accessory packs (such as the new EuroFed triple turrets) should you wish to give it a defence capability.

Brigade Models is expanding on the railway options available in their Small Scale Scenery range, with two different engine sheds and some new track types.

One engine shed is a large (250 scale feet long) three-span rectangular shed, the second is a more distinctive circular one based on the Camden Roundhouse in London.

They also have a new pack of double track (12 pieces), allowing side-by-side running (which would have been difficult with our existing curved track) and finally for this week, a very useful set of assorted crossing track – single and double road crossings, X-crossings and left- and right-hand crossovers 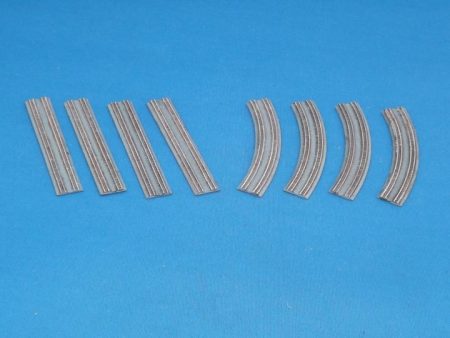 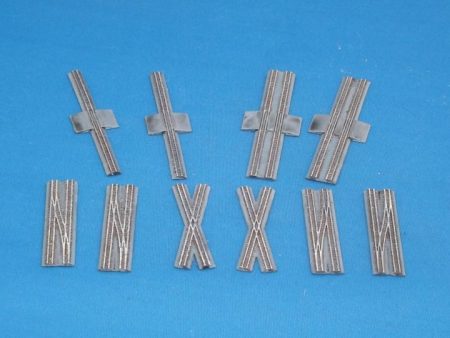 Brigade Models has added a whole slew of new models to a number of their ranges. This is a huge update!

Hammer’s Slammers commanders in 6mm now have more options for their detachments with the addition of three new vehicles, including a handy mortar jeep.

There’s also a new opposition force, the Lightning Division – the use similar vehicles to the Slammers but in different variants. The M2A7 Blower tank has an enlarged turret with a roof-mounted support turret, while the M9A14 Crew Car is based on the Slammers’ M9 command vehicle but with two of the same roof-mounted turrets. 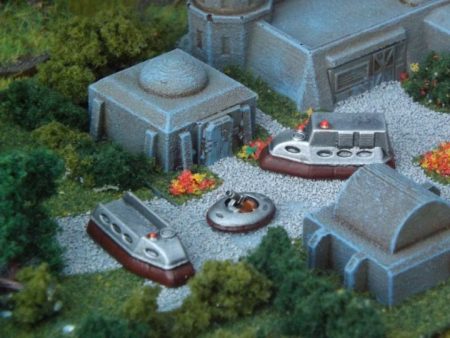 They have two new packs in the Small Scale Scenery range of 2mm buildings. These are both south-east asian in origin, the first being a village pack of wooden huts and houses on stilts, plus a nice brick buddhist pagoda. The second pack is a US firebase from the Vietnam war, consisting of an assortment of bunkers, gun pits, buildings and a wooden watchtower. 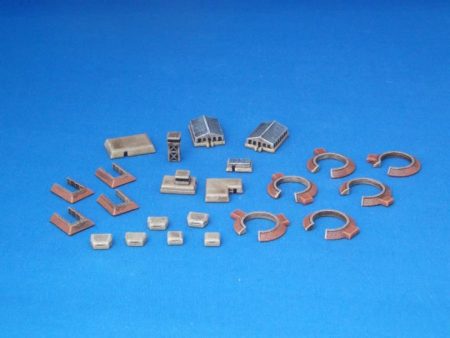 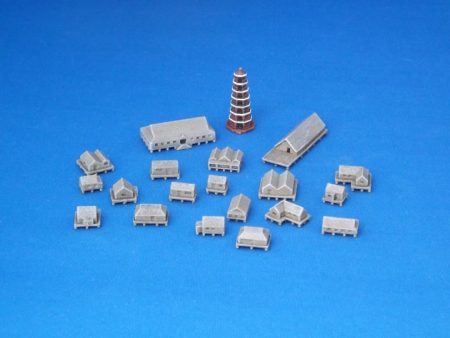 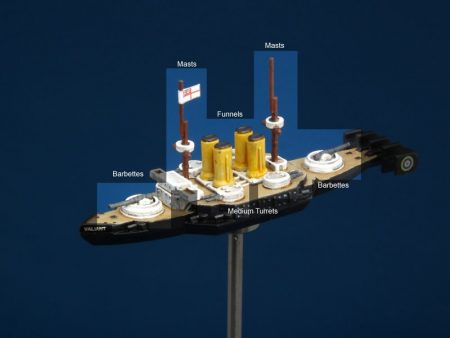 In the Aeronef range, they’ve added twelve new accessory packs made up of the various turrets and other parts from the recent batch of new battleships. There are turrets, funnels and masts allowing you to upgrade or super-detail your existing models or scratchbuild or convert your own designs.

Brigade Models have more additions to the Roman buildings in their Small Scale Scenery range. They are all temples of the gods, cast in varying sizes, ranging from the diminutive Temple of Vesta to the large and imposing Pantheon.

Perfect for combining with their existing Amphitheatre, theatre and town building sets, you could make an imposing 2mm scale Roman town. Use them as scenery for land battles, aircraft games or with ancient naval galleys.

Brigade Models have released the first ancient buildings in their Small Scale Scenery range, and what is also (so far) the largest model.

They have a set of 22 metal Roman buildings to make up a town – houses, apartments, villas etc. They also have two larger resin items, a semi-circular theatre and a recreation of the amphitheatre at Arles in France. The amphitheatre comes in at an impressive 5 1/2? across.

Portsmouth has always been one of the Royal Navy’s main bases, going back to the Tudors and Henry VIII. Henry built fortifications to guard the entrances to the Solent as part of his Device Forts programme, one of which was Southsea Castle. The first of our new models this week is of Southsea as first built in 1544. The castle was heavily modified over the years, including the repositioning of the whole North Wall 20-30 feet further north during the Napoleonic walls. The redesign was so extensive that we’ve made a completely different model of it after the work, dated around 1850.

During the Victorian Era, Lord Palmerston was responsible for a large number of coastal and inland forts built to counter a French invasion that, of course, never came. Four forts were built out to sea in the Solent itself – No Man’s Land and Horse Sands (which were pretty much identical), Spitbank and St Helen’s forts. We’ve modelled all of these as part of our Small Scale Scenery range, including a proposed turreted version of No Man’s Land/Horse Sands Fort with turrets that was never built but looks great !

The models are all modelled at 1/1000th so are ideal for 2mm scale figures, 1/1200th naval vessels or larger scale aircraft games.

As well as pre-Dreadnought era naval gaming, these models will also be perfect for Aeronef/Land Ironclads games and I’m sure we’ll see them appearing in Dystopian Wars games too, where our scenery range seems to be pretty popular. 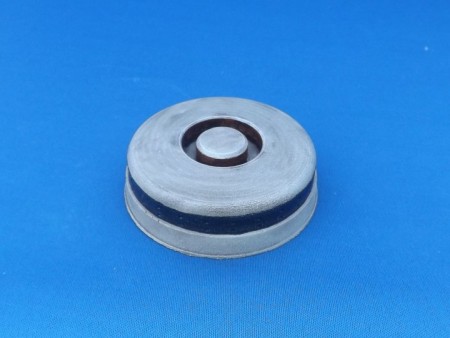 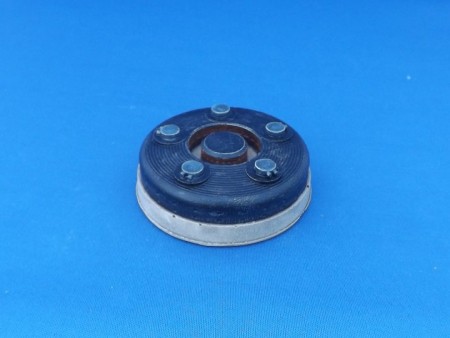 Following on from the three new 2mm ACW Forts Brigade Models released last week, how about some smaller buildings to go with them ?

A set of twenty 2mm scale American Civil War buildings, mostly rural farmhouses, barns, a water mill and church. The style of some of the buildings would suit other theatres, and you could just paint them up as brick or stone buildings and mix them with their other sets for more variety.

As a change from Brigade Models’ usual output of spaceships and grav tanks, they have released some new historical items in their Small Scale Scenery range.

Meet Forts McRee, Moultrie and Pulaski, fine examples of coastal forts of the American Civil War, primarily of brick construction. They’ve upped the detail level a step further and both Moultrie and Pulaski come with separate tiny white metal cannons to line the upper walls (McRee’s guns were all under cover).

All available now, along with the guns which are available separately.

Brigade Models’ Small Scale Scenery range is loosely billed as ‘2mm’ scale. The models are all made to 1/1000th scale and will suit 2mm figures or 1/1200th aircraft and naval models. They also work well with larger scale aircraft models (we use 1/600th models with our buildings for WW2 aircraft games). The range now encompasses almost fifty sets of buildings including various types of houses, factories, farms and forts, both historical and VSF.