One of the most significant battles that took place in Poland is the Battle Of Warsaw that took place in July of 1656. The folks over at Wargamer.pl are letting you recreate that battle with their Warsaw 1656 expansion book for By Fire and Sword.

This book is the first in a new series of expansion books, the “Battles. Armies. Commanders.” set.

Warsaw 1656 is 48 pages long and contains six scenarios that form a sort of mini-campaign of the events all those years ago. There are stats for the various units involved, and can be used in the scenarios or in your “standard games” of By Fire and Sword.

Some of the miniatures sets are limited, so if you want them, you’d better jump on getting them.

Progress on the announced ‘Armies of By Fire and Sword’ is so advanced, that they have decided to share with You the contents. Anticipating the question – the release date of the publication has not been determined yet. but they are aiming for December 2015.

By Fire and Sword have added new products to their lineup. All miniatures were previously available ONLY for Kickstarter campaign backers.

Terrains had their premiere at Historicon. 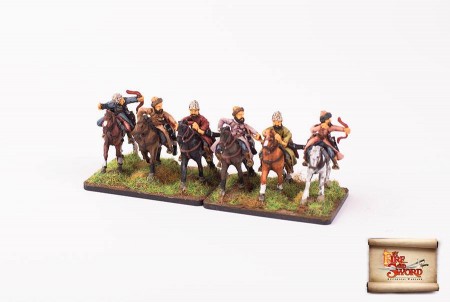 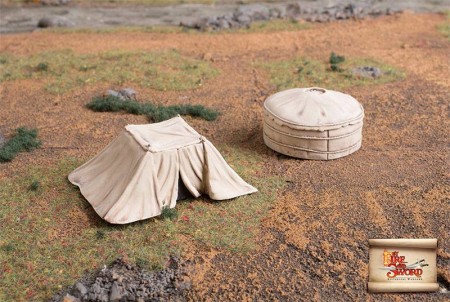 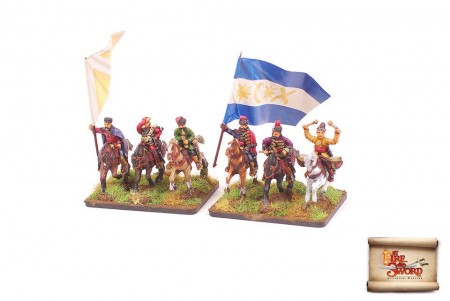 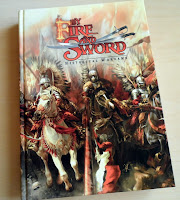 I’m still exhausted from my lightning raid to Salute this weekend but I thought I would give this topic priority due to the Kickstarter for the By Fire & Sword that went live this weekend.
The guys at Wargamer.pl were at Salute promoting their game, and I think, dipping their toes in the “western market” to see what the interest there would be for a 17th century game with primarily central and eastern European theme would be. To do so they brought a limited run of but 100 copies to Salute for sale, and I picked up one copy, as did the guys at my club. Briefly summarizing the talk I had with Konrad who is head of Wargamer.pl I learned that the game seemed to go over very well, they expected to sell all books and had already sold most of them when I arrived. There was also a bit of a buzz about the game when I talked to other guys I met, doing my pit stops at various manufacturers and demo games. So fingers crossed for a smash hit. The game deserves it.
Now onto the English version of the rulebook. I won’t review the rules again as you can find the 3 part review of them here:
http://anatolisgameroom.blogspot.se/2011/12/with-fire-and-sword-rules-review-part-1.html
http://anatolisgameroom.blogspot.se/2011/12/by-fire-and-sword-rules-review-part-2.html
http://anatolisgameroom.blogspot.se/2011/12/by-fire-and-sword-rules-review-part-3.html
Instead I’m going to focus on the book itself. First of all, I noticed that it was bound differently than the Polish language version which I heard had some issues after prolonged use. The new binding came with a swap of printers but the rest of the book is the same high standard as the Polish version in terms of paper thickness, quality, colors and feel. But that is not the only direct
improvement, the past year the Polish edition have been played at countless tournaments and been really put to the test.
As with all rules questions arise, player do things that the writers hadn’t expected and some typos snuck in during final editing. As such the English version takes all lessons learned and the entire errata section from the Polish Wargamer forum and adds that to the page count, making the English version 8 pages longer. There are now stuff like new diagrams showing more examples of various combat situations for Cossack war wagons.

The book is now just over 400 pages long, but is still made up of high quality content that should appeal to a broad spectrum of gamers. Newcomers to the hobby or the game will find an introduct discussing painting miniatures and a basing standard for the game. This is followed by all the core rules and the advanced and optional rules

which really enhance the game (with such things as “limited ammunition” for all units that make combat more realistic and interesting, scenario lists and army lists and unit rosters for all nations.

I think the best part of the rulebook itself from is being able to, from a purely readers perspective, read up on all the nations and units of the period. Unit formation history, their tactics, information about weapons, equipment, how armies were raised and maintained, the quirky but interesting details are all in there – embedded in into each nations chapter.

You still get all the stats, units, army lists for both skirmish level games as well as larger division sized battles. Scenarios for skirmish games are also included. I think I may have underestimated the Skirmish level myself, it has been the main focal point of the Polish community and all the tournaments that I know of ran by Wargamer

have been played at Skirmish level. Me and the guys at the club will start playing these next week, as I break in the rules for Andreas (Swedes and Ottomans) and Christian (Cossacks). The rulebook includes everything and anything you would need to play the game. I should add that there are a couple of additional and free PDF lists that are written around historical raiding forces and thus vary a bit from the ones you find in the core rulebook. These are however still only available in Polish, though I’m confident we will see them in English soon enough now that work on the English translation finally has come to an end.

For those looking into the future I may also mention that the first expansion is already planned, and it will be “Deluge” themed. That means Swedish armies invading and plundering the Polish-Lithuanian commonwealth. The expansion is going to add a couple new factions (Brandenburg and Transylvania) and add additional flavor to the Swedish armies and put even more emphasis on skirmish warfare between the main opponents – as the Polish campaign turned into a skirmish warfare of attrition for the Swedes who had proven themselves to be strong in open battle but troubled by the hit and run tactics of Polish warbands.
Back to the core rulebook then. It would be a crime not to recommend these rules to anyone who likes the warfare of the 17th century, and especially if you are looking for something else than the

English Civil War and Thirty Year War which dominates the period. But even if you are not familiar with the period it offers a great deal of flavor, great battles and campaigns to tickle your imagination. The By Fire & Sword rules bring a lot of new and less common fighting styles and armies that differ greatly from the western European theaters. The Swedes are really the anchor of the Western armies and tactics in the rules, while everyone else – from the Muscovite Russians to the Ottoman Empire bring their own vastly different flavor, style and formations to the battlefield. Caught between them is the Polish-Lithuanian commonwealth which becomes this melting pot of tactics, ideas and constant warfare along its borders and inside its territories.
Pressing home, once again, the fact that the game is written for both smaller battles between the spearheads of great armies (“Skirmish level”) as well as regular battles between divisions where whole regiments march or ride into battle should be considered one of the main strengths of the rules design.
The English version of the rules is currently being part of the ongoing Kickstarter, and should be available after the Kickstarter through regular distribution channels after the KS ends and has been shipped.
TWEET @IWillNvrGrowUp