I’ve had hundreds of students go through my game theory classes. The Game Design and Gameplay class I teach has the students create their own board/card game as their final project. I help them go through the process of taking an idea and implementing it into something tangible without having to know any programming or 3d software. It teaches the students the pipeline in a very primitive atmosphere.

But I’ve noted a lot of things in my time not only as a design instructor, but as someone that’s worked in the video and board game industry. Here are my observations:

The first project won’t be a masterpiece.

This is true for any kind of creative endeavor, whether it be painting minis, creating a logo, or even designing a game. The first project is usually a lesson in trial and error; you learn a lot of things along the way. When it comes out, you’re proud of it, but you look back and wonder what could have been if you knew now what you did when you first started the project. A lot of times, people cling on to this project and they don’t realize that just the act of starting over can produce a product that will be far better. The wise thing I’ve seen is that my students were more successful when they started small and simple. They paired down the concepts and they fine tuned it. Going big on the first rodeo just sets you up for disaster. If your first game is a Kickstarter, you’re putting things at risk you shouldn’t be risking. Sometimes starting over is the best thing. You’ll start with all the knowledge you gained from your first project and you’ll be more efficient because you now know what to do.

Set boundaries for your project.

It’s very easy for your project to incorporate additional features that at some point, you’re going to have to start cutting those features in order to just finish the product. If you set your boundaries from the get-go, it will be a lot easier for you to decide if a particular feature is right for your game. 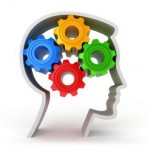 I hear the phrase “Go big or go home” a lot. While this is a very exciting quote, it may not be the wisest quote when it comes to creating your first game.

If you can push certain things in your favor, do it. If you are looking for testers, go to a game store and get people to playtest your game. If you can find a hookup to create cards, do it. If you don’t have a name in the business, start small and grow your reputation. Starting small is low risk, you can make your mistakes, and you can finish it in a reasonable amount of time.

Go back to the game’s roots. What kinds of colors should you use? What genre of game do you want to make? Are there other games out there that are similar? Can your game compete with them? Do you have a unique mechanic? Research it! Do small tests with people to see if they “get” your basic gameplay mechanic. Plan Plan Plan! If you’re shooting for a Kickstarter and you don’t have your manufacturing, marketing, distribution, and play testing channels on lockdown…as in it’s ready to go, not as in “we plan to when the KS is successful” (which is extremely irresponsible for a business), then you are still in the planning stages and are not ready.

You are the creator, but you don’t want your project to fall on its face. Get help from people that will give you the right criticism. Someone recently told me I gave “negative criticism”. That’s such an illusion. If my criticism made the game better, then it’s NOT negative, it’s positive. Negative criticism offers no solutions. Positive criticism points out the issues, then offers suggestions on how to fix it. If you’re not open to criticism, then the only fan of your game will be you. Let’s not lie here, ultimately, we would like to make money on our games…so why not get all the help we need in order to make money.

Making the game is only part of the work.

Let’s say you have this awesome game. You made it. You’re proud of it. People in your circles love your game. The game isn’t going to sprout legs and suddenly be successful. Even with a great game, you still have to to do the footwork to get the masses to see your game. If your game is long, you need to sit X amount of people for X amount of time and convince them through your game that it’s good. I can’t tell if a game is good for me by just placing my hand on the box. I can’t tell even if someone else has played the game and they tell me it’s great. It may be good for them, but not for me. I have to figure that out…and that means taking the time to play the game. There’s the saying, “If you build it, they will come”. That’s NOT true here in the game industry. It will take time, money, effort, a lot of manpower, and a lot of sweat. Even great designers like Ignacy Trzewiczek has to hit the convention circuit and push his games. If you’re thinking that you only need to just put the time and effort in just making the game and not hit the pavement to tell the masses, then you’re missing the biggest part of the equation.

Look for something different. 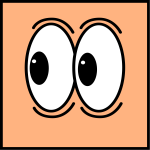 It’s obvious what the trends are these days (as of this writing)…MOBAs, Deck Building Games, Miniature Games, anything with zombies. Try and find something that will set your game apart from everyone else’s. This may take some time. Maybe you have to go back and research old gaming mechanics that aren’t used as much today. Maybe you can get an existing mechanic and tweak it to make it your own. In the industry, it’s called a “hook”.

If your game is easily comparable to another existing game, then you’re basically eating the scraps from the table occupied by the game you’re imitating. Go to a table that only you occupy…then you get ALL the audience of that feature.

We are doing this because we love games. A failure in creating a game shouldn’t squelch our passion for gaming.

Sometimes I wish I could grab people and say, “OMG don’t you know where you’re headed?! Stop now!!!” Sometimes I’ve almost done that on forums (or have come close), but I can only control my own destiny and can only give input to people that ask for it.

Jay Vales (Radioactive Mouse on the BoardGameDesignersForum) is the designer behind Conquest at Kismet, a gold banner project published by Victory Point Games