Whispers in Nalubaale, the fifth Data Pack in the Kitara Cycle for Android: Netrunner The Card Game is available now from your local retailer or our website!

Whispers in Nalubaale features a new Anarch identity, a new resource for the Adam mini-faction, a deadly new piece of bioroid ice and much more. These new tools expand the options for the runner and corp alike and make the perfect companion for the Android: Netrunner Revised Core Set.

As the silent war for the future of Lake Victoria continues to rage, runners and corps alike continue to innovate. Runners discover new ways to finance their operations while corps remain on the cutting edge of cyber security. Everyone has their own agenda, but who will come out on top in the Sub-Saharan League? 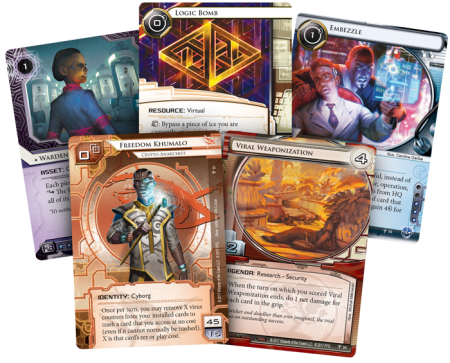 Fantasy Flight Games is proud to announce Whispers in Nalubaale, the fifth Data Pack in the Kitara Cycle for  Android: Netrunner The Card Game, is available for pre-order now!

Even with the Sub-Saharan League making leaps and bounds in the field of global power, corporate intrigue and secrets seep in, infecting the growing power with corruption from the inside. Information is withheld, traded, and sold in hushed rooms, just like every other area of the world. Corporations still guard their secrets and agendas and the runners still work to leave them exposed.

Whispers in Nalubaale introduces three copies each of twenty new cards spread across every faction, including a new Anarch identity that gives the runner new ways to spend their virus counters and a risky new tool for Jinteki that pays economic dividends as it invites the runner to explore their deadly servers. 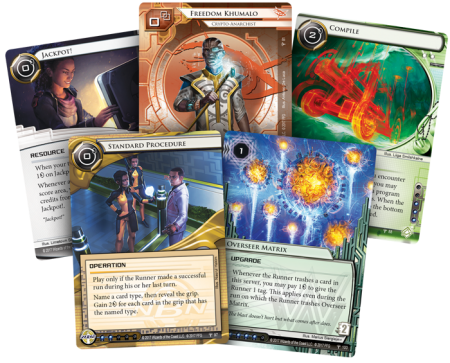