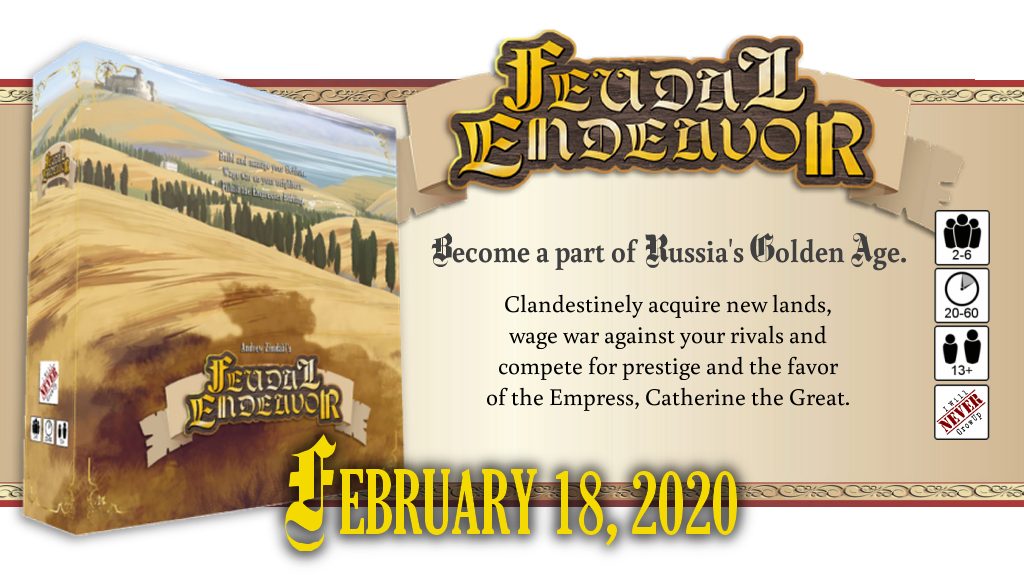 (click “Notify Me” on the Kickstarter Preview Page for launch notification)

Acquire and manage new lands, perform tasks at the bidding of the Empress and contribute tithing towards the renovation of Catherine Palace.

Catherine the Great was the Empress of Russia from 1762 until 1796, the countries longest ruling female leader. She came to power following a coup d’etat that she organised, resulting in Peter III, her husband, being overthrown. Under her reign Russia was revitalized, growing larger and stronger than ever, recognized as one of the great powers of Europe. 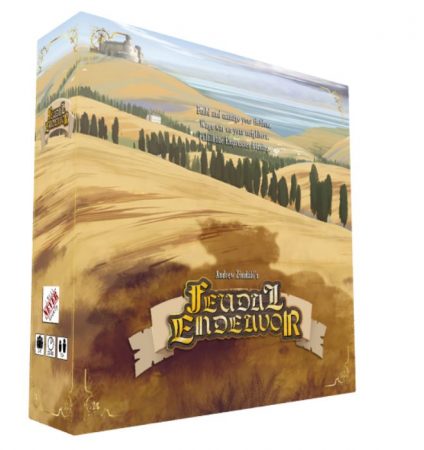 Clandestinely bid on new lands as you manage your fiefdom’s economy behind its great walls. After the big reveal see if you’ve developed the greatest fiefdom, won glorious battles, fulfilled the Empress’s graceful command and provided the greatest tithing towards the renovation of Catherine Palace!

Each round consists of 5 phases;

The majority of decisions are made during the first phase, pre-determining much of the actions you may take in the following phases, with a dose of subterfuge and press your luck. 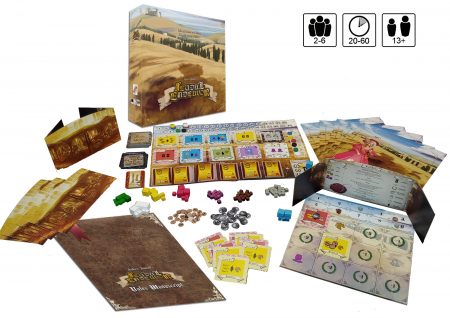 The game ends following the Empress’s Bidding phase of the round in which any player has filled all open land deed slots within their fiefdom (player board) or the Land Deeds deck has been fully depleted, leaving no deeds available for the restock phase. At this point you will calculate your total prestige (Victory points) and the player with the most prestige wins.

Prestige is earned through the placement of a variety of Land Deeds within your fiefdom, Empress’s Bidding’s you have fulfilled, palace tithing and remaining resources.

Prestige is lost for land deed slots that have not been filled in your fiefdom at the end of the game. Prestige may also be stolen by players during the game through Special Use Act of War cards.